Overall, the report found that EDR and XDR technologies are a priority among government agencies and critical infrastructure providers but they are difficult to implement. A lack of in-house cyber talent, a lack of implementation expertise, and a lack of trusted vendors were key barriers to the deployment of these and other technologies.”

This blog details these findings and suggests areas where Trellix and its partners might be able to better assist organizations in overcoming barriers to implementation. 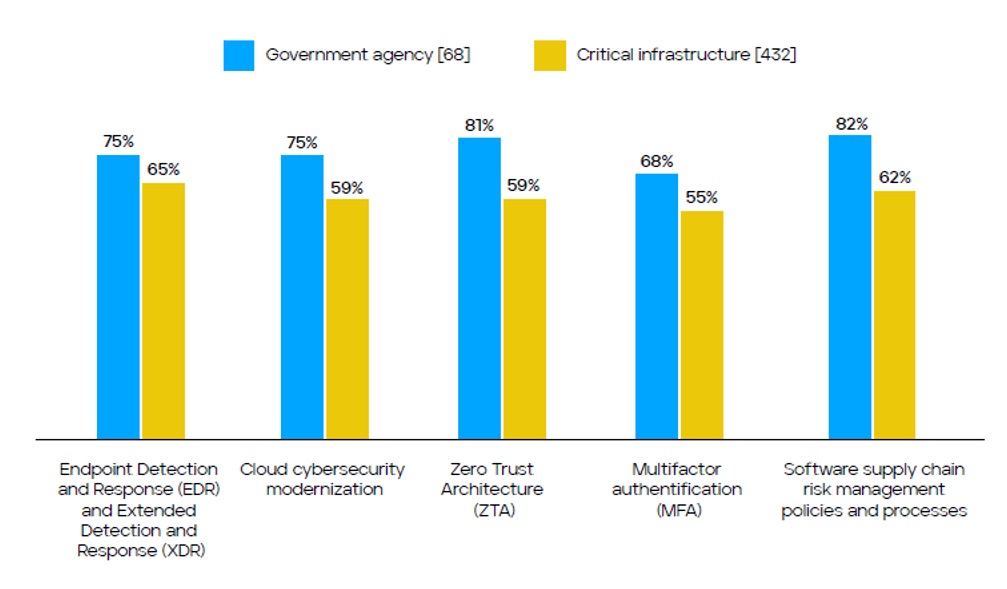 Figure 2: Please rate each of the following elements of cybersecurity enhancement in terms of difficulty for organizations to implement [base numbers in chart] split by respondent type within the US, omitting some answer options. Showing a combination of "extremely difficult" and "high level of difficulty"

Across the Atlantic, 76 percent of German, 67 percent of French and 66 percent of British respondents found EDR and XDR difficult to implement.

Please rate each of the following elements of cybersecurity enhancement in terms of difficulty for organizations to implement.

In Asia-Pacific, 76 percent of Indian and Australian respondents and 71 percent of Japanese surveyed identified EDR-XDR solutions as an extremely or highly difficult cybersecurity measure to implement..

Please rate each of the following elements of cybersecurity enhancement in terms of difficulty for organizations to implement.

While as many as 84 percent of U.S. CIPs have “developed, implemented and deployed” some degree of EDR-XDR capabilities within their enterprises, only 35 percent of respondents report having full capabilities deployed. By comparison, 38 percent of U.S. government agency respondents report having fully implemented these capabilities. Among U.S. federal agencies, this places the category behind MFA and zero trust, at par with software supply chain processes, but ahead of only cloud modernization. Among U.S. CIPs, it appears to be lagging in maturity versus all categories save zero trust. 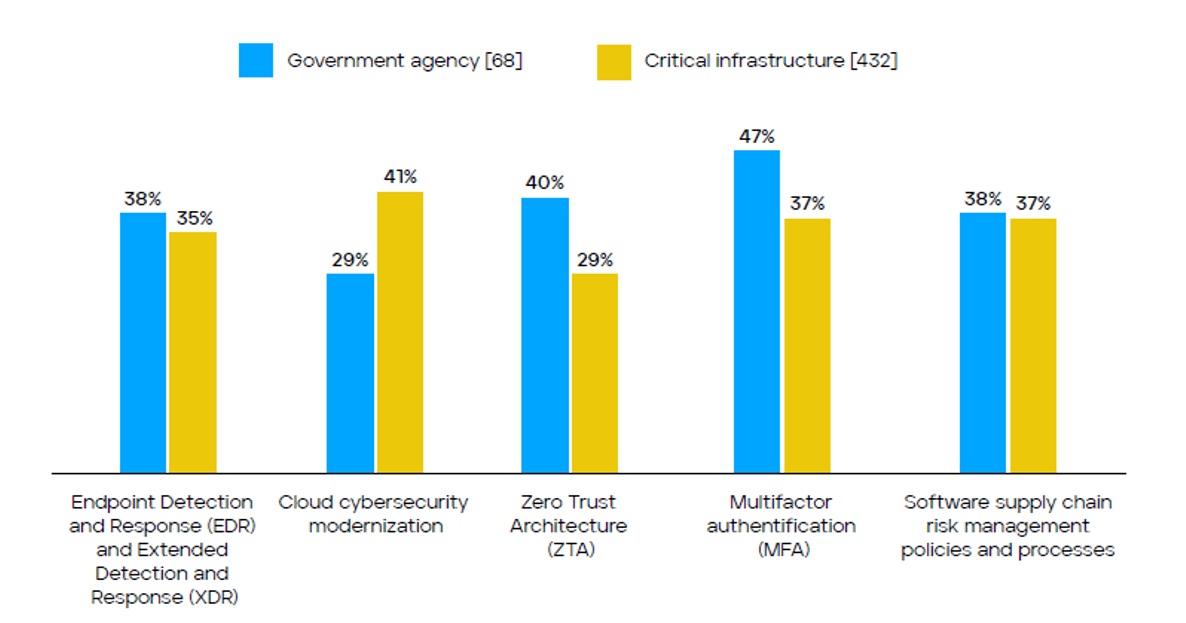 Figure 1: How far along the implementation process is your organization for the following IT cybersecurity solutions? [base numbers in chart] split by respondent type within the US, omitting some answer options

While the U.S. telecommunications sector respondents appear to slightly lead the overall U.S. CIP category in implementation with 41 percent reporting full capabilities, the overall U.S. CIP percentage of 35 percent is likely dragged down by segments such as U.S. state, tribal and local government services and healthcare services, where only 23 percent and 21 percent respectively claim to have achieved full implementation.

Only 32 percent of Japanese, 31 percent of Australian and 22 percent of Indian respondents report having fully implemented the technologies.

While the global survey behind the Cyber Readiness Report did not assess the difficulties specifically associated with EDR-XDR, some notable themes emerged across solution categories.

While U.S. federal agencies identified implementation barriers such as a difficult tender and bidding processes and budget constraints, 75 percent of federal respondents anticipate using the Cyber EO as justification to obtain the necessary funding to overcome these challenges and meet their objectives.

Figure 3: When thinking about the adoption of new cybersecurity technology, what are the biggest barriers that your organization experiences? [base numbers in chart] split by respondent type within the US, omitting some answer options

Even more concerning are the challenges related to the all too familiar cyber workforce gap, specifically the lack of in-house staffing resources, skill sets and solutions implementation expertise. These in-house cyber skills issues were not only reported by 49 percent of U.S. government agencies, but in sectors such as the U.S. oil and gas sector (55 percent) and U.S. state, tribal and local governments (51 percent).

When thinking about the adoption of new cybersecurity technology, what are the biggest barriers that your organization experiences?

When thinking about the adoption of new cybersecurity technology, what are the biggest barriers that your organization experiences?

The cyber skills and experience gap findings imply that even if governments and corporations are willing and able to spend whatever it takes to acquire and implement the latest cyber defenses, there simply are not enough cybersecurity professionals with the skills and required expertise in-house to implement and run them.

Similarly, there is a lack of trusted vendors capable of sufficiently meeting organizations’ needs to not only provide, implement and support these technologies effectively.

What Is Needed to Progress

The issue of addressing the cyber talent shortage—shortages of skilled staff and the shallow expertise of the staff we have—are issues on which both government and the private sector will have to team to address in a serious way, and over time.

But it is also clear organizations need EDR-XDR platforms possessing the capabilities to overcome skills and expertise shortages, the flexibility and openness to ease their integrations and the solution vendor and channel integration partnerships that can help them implement these cyber defenses. These realities are particularly relevant as organizations increasingly realize that they must move their current and planned implementations beyond EDR to the XDR paradigm, which combines a wider variety of solutions.

Trellix’s native and open XDR platform supports organizations’ desires for ease of implementation as complicated integrations are helped along by open standards, interoperability and the deep integrations they enable. This is particularly important in the area of XDR where multiple information sources must be streamlined together to inform security operations.

With over 650 third-party solution integrations and hundreds of partners, Trellix provides an open platform that evolves and supports whatever technical integrations customers require within their implementations. When you combine XDR and an open security ecosystem for XDR capabilities, agencies and businesses will have a solid foundation to advance their visibility and detection capabilities across their entire cyber infrastructure.

For more information on the Trellix Cyber Readiness Report: