The United States Federal Bureau of Investigation (FBI) has released a Flash Alert warning that the RagnarLocker ransomware gang has breached the networks of at least fifty-two organizations from multiple critical infrastructure sectors across the United States. This is the second FBI alert released for the RagnarLocker Ransomware variant, the last alert was released in November 2020.

The following FBI flash alerts will focus on providing indicators of compromise (IOCs) that organizations can use to detect and block RagnarLocker ransomware attacks.

RagnarLocker ransomware first appeared in the wild at the end of December 2019 as part of a campaign against compromised networks targeted by its operators. The actors behind RagnarLocker will perform reconnaissance on the targeted network, exfiltrate sensitive information, encrypt files, and then notify the victim the stolen files will be released to the public if the ransom is not paid. The threat actor behind the malware is known in previous attacks to ask for millions of dollars in payment and creates a ransom note that includes the company name. The ransomware enumerates all running services on the infected host and stops services that contain a specific string. Ragnar is small compared to other malware and is written in the C/C++ programming language. 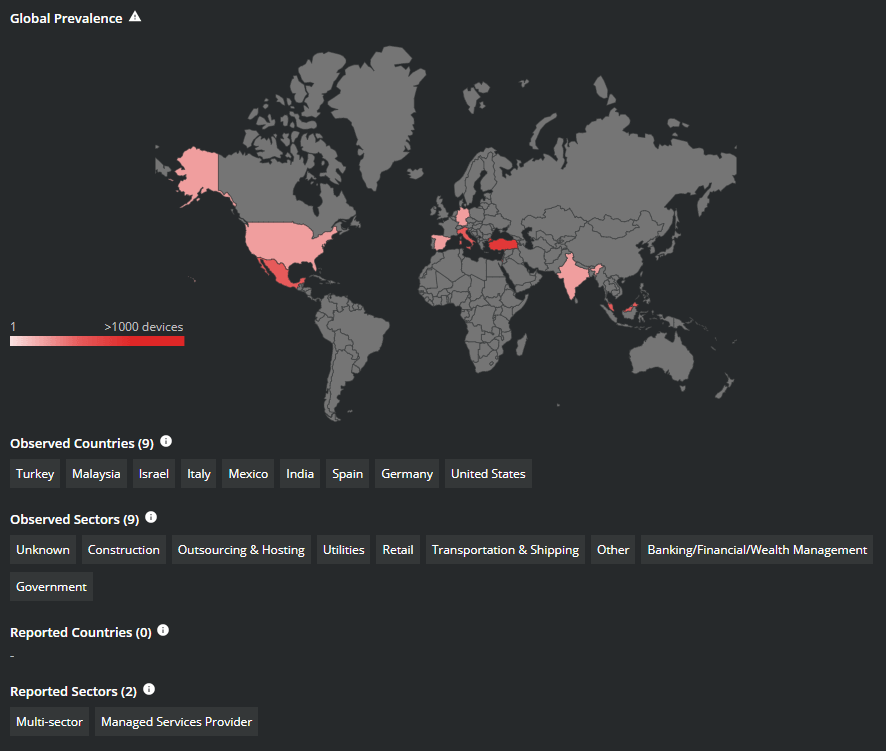 The threat actors behind the RagnarLocker attacks often gain entry by compromising the company’s network via the RDP service, using brute force attacks to guess weak passwords or with stolen credentials purchased on the Dark Web.

Trellix Global Threat Intelligence (GTI) is currently detecting all known analyzed indicators for this campaign across their products that use the GTI threat feed. 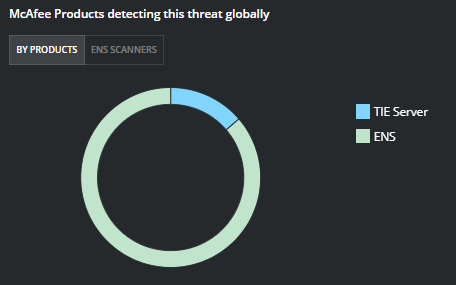 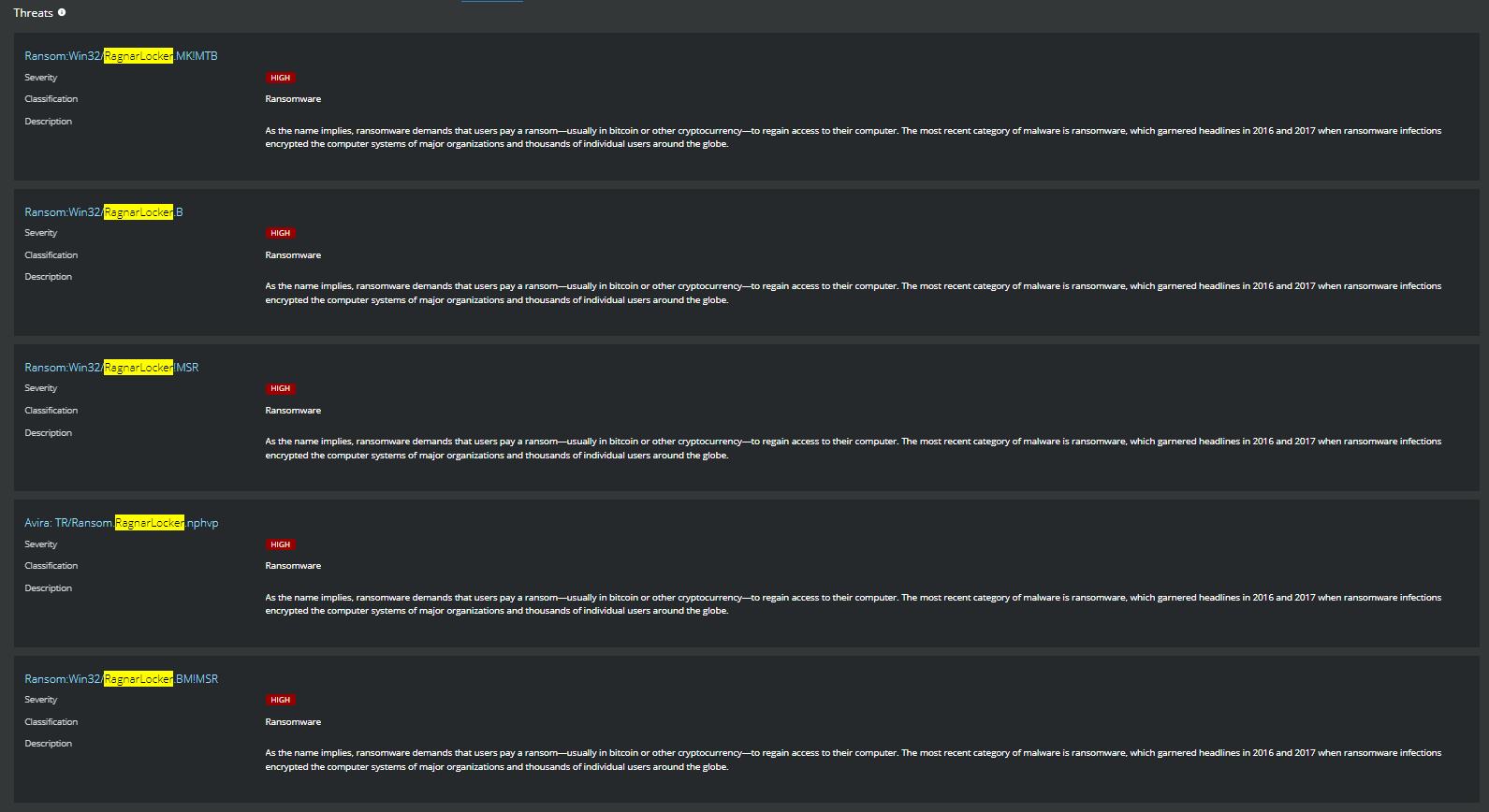 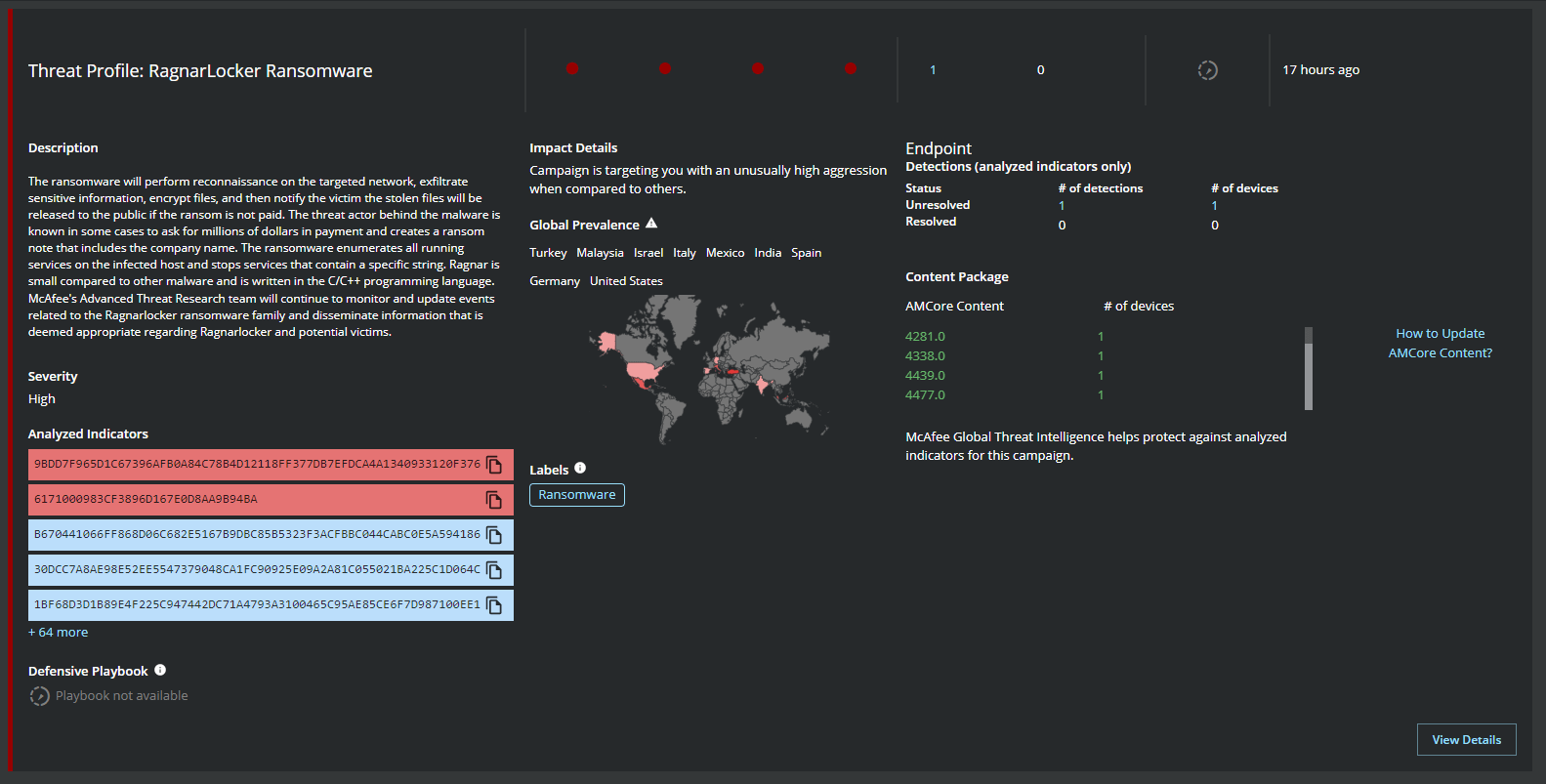 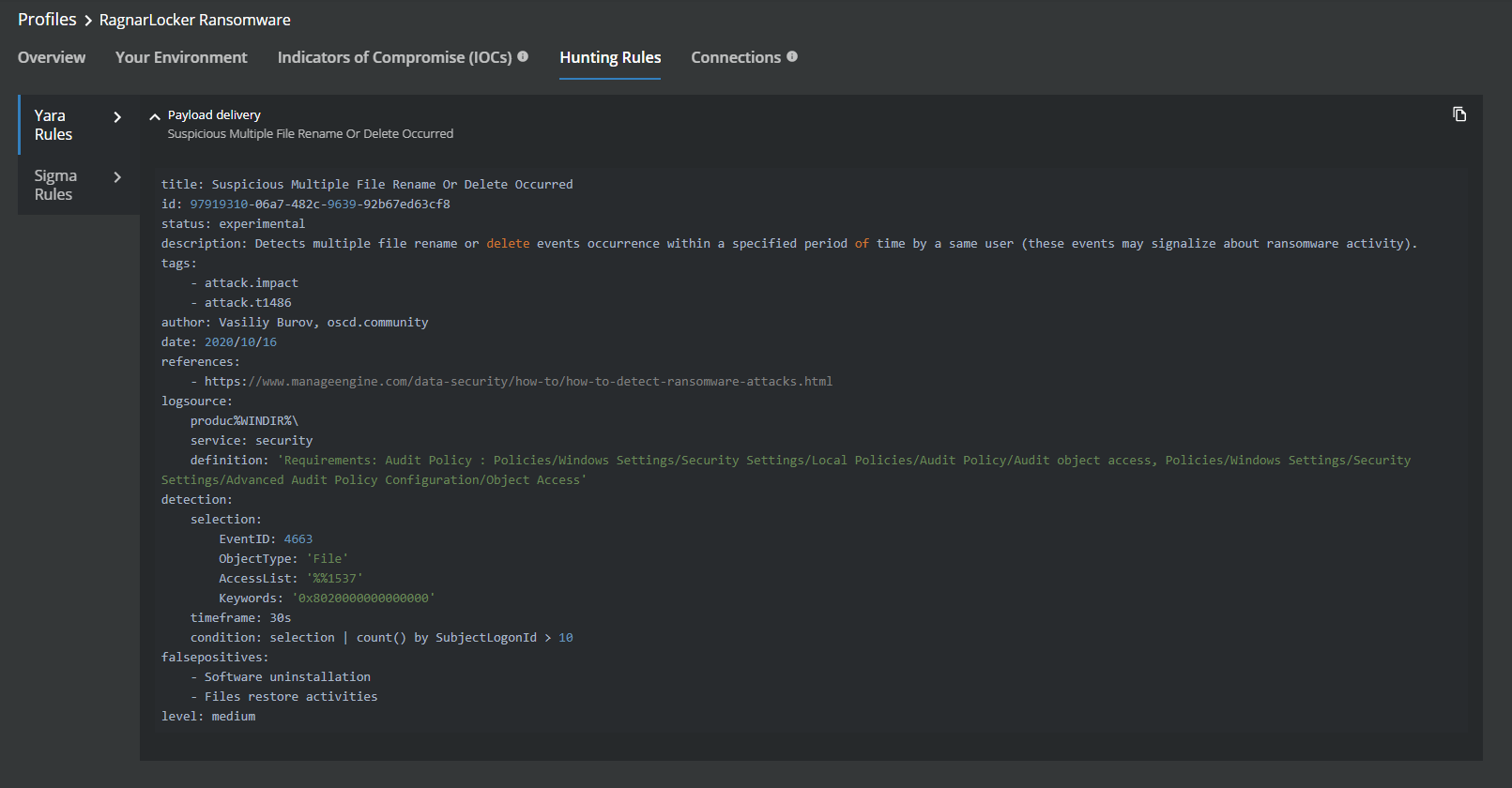 MVISION EDR is currently monitoring for the activity associated with RagnarLocker Ransomware and will note the MITRE techniques and any suspicious indicators related to the adversarial activity. Analysis of RagnarLocker malware samples note the usage of native Windows APIs, Microsoft Connection Manager Profile Installer (CMSTP.exe), and the deletion of Shadow Copy to inhibit system recovery.